A Father’s Love Builds Mental Health Funding for Others

A Baltimore native, Sylvan Chic Herman was a sailor in the U.S. Navy who went through college on the G.I. bill and sold pots and pans for $50 a week to get by. By saving his dollars and buying downtown land one small piece at a time, he was able to build his first office building in 1960. Since then, he has developed more than two million square feet of commercial space that have helped to modernize the face of Washington, D.C.  Faced with his own son’s mental illness and slowly educated through the experiences of dealing with the challenges, Chic decided to generously share his financial success to build better mental health opportunities for other families who need help. ClearView Communities is most grateful to be partially funded by the Sylvan C. Herman Foundation.

“When my son was 19 and a freshman at Syracuse University, he wasn’t doing well at all. Eventually, he became psychotic. Like so many parents, we thought he was using drugs and didn’t recognize his problems were signs of a mental illness. When we took him to a doctor who diagnosed schizophrenia, we couldn’t believe it. But that’s what was going on.

“I’m a father and a successful businessman. I thought we were going to lick this thing. I didn’t understand you don’t just ‘lick’ schizophrenia. I slowly came to see the reality. Slowly but surely, I became educated. A lot of people believe that if they’ve got the right pull or they get the right doctor, they’ll beat mental illness. That’s not how it works.

“I said, ‘What can I do to help my son and other people?’ That began opening doors. I started a foundation without knowing exactly what I could do, but knowing I wanted to find a cure for this terrible disease. Because a cure would be a long time coming, I also began looking for things I could do right now for people. That’s when I began to support the Treatment Advocacy Center (TCA), because of what they do to change state laws so treatment is available for people too sick to seek it.

“My son is an example. He’s been on the street, smoking pot, coming in contact with police, filled with paranoia. They’ve taken him to jail and sometimes thrown the key away. That’s where TAC comes in. You’re the ones doing something to stop this cycle. I also began looking at rehabilitation, which led to building ClearView Communities in Frederick, Maryland, in affiliation with the Sheppard Pratt Health System. It’s a private, fee-based therapeutic community where a people in recovery from serious mental illness live and work toward independence.

“Our premise is that every patient can set goals they can meet so they can do better, however ‘better’ is defined. Because the program is intensive and privately paid, it is not for everyone. But, in the same way every patient is an individual with a different set of problems and challenges, every family is different and has different options for intervention. For some families, this is a solution.”

*Excerpted from an interview with the Treatment Advocacy Center in their Catalyst newsletter. 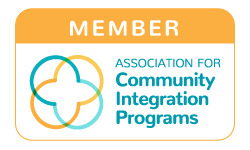